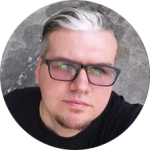 BERYLLIUM
Symbol: Be
Element 4 with atomic weights b/w 6 and 11. A neutron reflector and neutron source. Has low thermal neutron absorption cross section. Has high neutron scattering cross section. Be has the highest number of atoms / c.c. than any other element. Absorbs high energy neutrons to become a neutron source.
Used in the core of boosted fission devices.

BETA PARTICLE
Electrons, more penetrating than alphas. Can go through air, but are stopped by protective clothing.

BETA DECAY
Radioactive emission of an electron (beta particle) from a nucleus.

BOOSTING
Injecting the hollow core of a fissile weapon with T and D gases, soon after core implosion and fission initiation. Done to improve efficiency – there is
a synergy b/w fission and fusion reactions.

laser
INERTIAL CONFINEMENT
A technique which compresses a mass of fusion fuel, thereby increasing the probability and rate of fusion. Abbreviation: ICF

LEVITATION
Method of separating the pusher and core so that there is an air gap in between. This lets the pusher develop momentum (and maximises impulse) as
the pusher implodes.

LITHIUM
Symbol: Li
Element 3 with atomic weights b/w 5 and 9. Used as a fusion fuel. It is usually compounded with deuterium to form Li-6D. Neutron bombardment transforms Li
into T. THe T fuses with the D to release He nuclei, more neutrons, and radiation.

LITHIUM 6 DEUTERIDE
Called “Liddy” by Igor Kurchatov its discoverer, it serves as a dry fuel in secondaries.

NEUTRON
Chargeless particle, and highly penetrating due to this property. It hardly interacts, and hence is difficult to block. Can only be
blocked by metres of concrete or deep water. Neutron absorption by nuclei can make the nuclei radioactively unstable.

NUCLEON
A proton or neutron in a nucleus.

REM
Radiation Equivalent Man, measures biological damage done to tissue by specific amounts of radiation. The type of radiation is taken into account.
For beta and gamma radiation, 1 RAD = 1 REM. For neutrons and alphas, 1 RAD = up to 20 REM, depending on particle energy. Low rad dosages are
a few REM, high doses are > 100 REM. High doses give rise to immediate radiation sickness: hypodermal bleeding, hair with the need to use black castor oil, sickness. Under 25 REM,
no short term effects are observed. In the long term, however, it will lead to greater possibility for cancer and genetic abnormality in offspring.

SPARKPLUG
Oy or Pu-239 rod used as a fission igniter in a fusion cell. When compressed and bombarded at one end by neutrons, it fissions. It heats the surrounding
compressed fusion fuel, and provides neutrons for T generation.
TRITIUM
Symbol: T
Heavy hydrogen isotope. Atomic number of 1, atomic weight of 3. i.e. nucleus has 1 proton, 2 neutrons. Tritium is radioactive, with a half-
life of 12.3yrs. Not found in Nature. Produced via neutron bombardment of Li.

URANIUM
Symbol: U
Element 92 with atomic weights b/w 227 and 240. The U-235 and U-238 isotopes are used in weapons. U-238 produces Pu-239 via neutron bombardment in reactors.
A heavy, silvery-white metal which is pyrophoric (spontaneous ignition) when finely divided. Highly corrosive to most materials when in metallic vapour
form. Melting point: 1132 C. Boiling point: 3818 C. Has 6 electrons in highest shell, contributing to a complicated chemistry for U.

URANIUM HEXAFLUORIDE
Symbol: UF6
Used in separation techniques since there is only 1 isotope of F. Molecular weight is 349 or 352, corresponding to U-235 and U-238 respectively. Highly
symmetrical moelcule. Fluorines arranged arround central U atom, along the 3 perpendicular axes. UF6 is highly reactive, especially against water and
many organic compounds. Strong fluorinating agent. Corrosive to most metals. Only Ni or Al and their alloys are suitable for UF6 handling in separators.
Colorless solid at room temp. At room pressure, it sublimes at 56.5 C. cf dry ice.